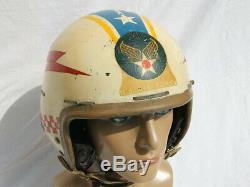 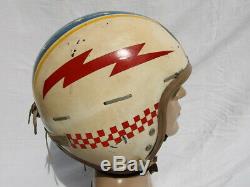 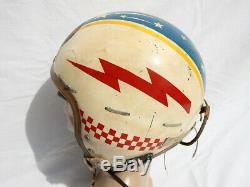 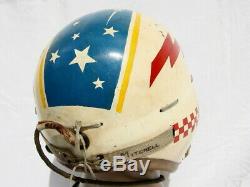 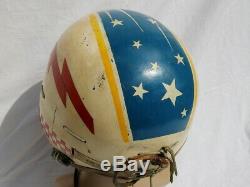 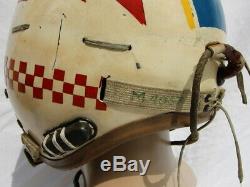 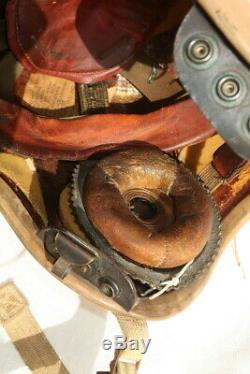 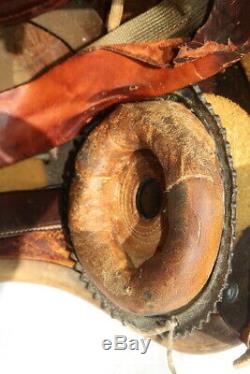 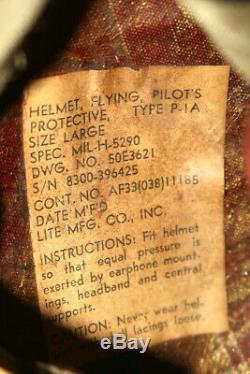 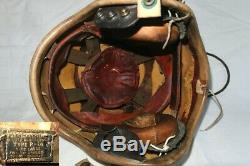 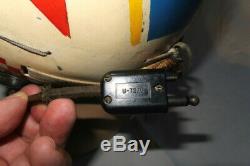 This P-1A helmet has a beautiful and 100% original Korean War era paintings and colorful tapings. The shell has it's all original white paint with patina.

There is no white paint on the edgeroll. I cleaned the helmet with WD-40 multipurpoise oli so this is the reason why it is so shiny. Port side neck strap has "M 4096" and starboard strap has name "MITCHELL". Earphone cushions were coming out but I used leather of WW2 era Type C British flying helmet to fix those earphones. While I bought this helmet from the States in 2008 there were remains of MS22001 mask which was 1952 dated.

Hard to upgrade better Korean War era P-1A helmet! Starboard side earphone string is new. This is the price for this helmet because I know I can't never find similar helmet in the future anymore.. Some facts of the user.

17, 2004 in Bay health/Kent General Hospital, Dover. Mitchell was born on July 19, 1932 in Broken Arrow, Oklahoma, son of the late Delma (Finley) and James R. He was employed with Flight Safety International, New Castle as a Flight Safety Instructor/Simulator Instructor Pilot. He also had worked as a private pilot. Mitchell had retired from the U.

Air Force in 1982 with 30 years service. During his military career he was a Command Pilot totaling 10,500 military flight hours and his favorite aircraft was the C-5A Galaxy. His many awards included the Air Force Commendation Medal, the Air Medal, Korean War Pilot, Viet Nam Era Pilot.