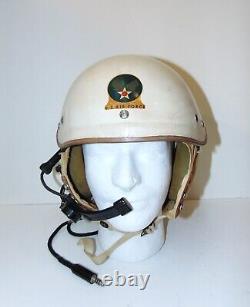 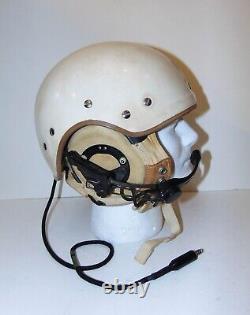 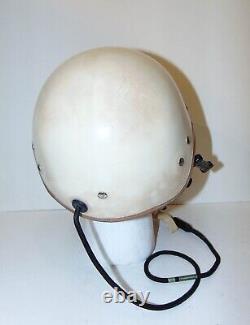 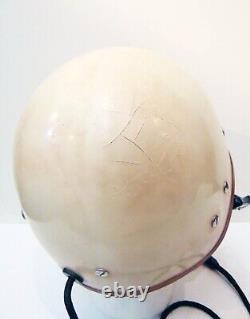 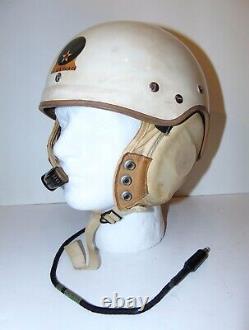 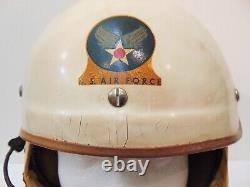 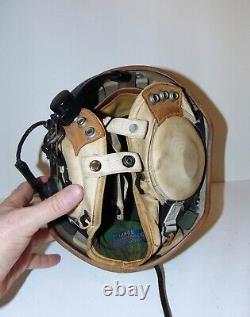 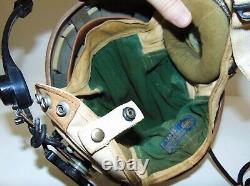 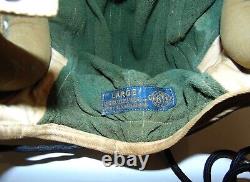 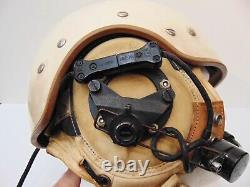 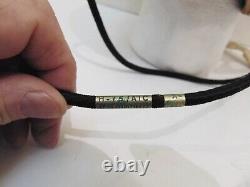 Rare 1950's Gentex USAF Experimental, Prototype Pilot's Flight Helmet, Air Force. This is a rare experimental or prototype helmet which was made for the USAF by Gentex probably in the mid to later 1950's.

In some ways it is similar to the later DH41 helmet, but would have preceded it. The tag does not have any type designation on it, only Gentex and Size Large.

The helmet came from the estate of a USAF pilot along with a P-4 helmet set up the same way with a boom mike. I'm not sure what he was flying. The comm equipment all appears to be the same as a P-4. The helmet displays nicely and is in overall good condition. The hard shell is a little lop sided probably from sitting in a box on it's for 60 years.

There is some cracking to the finish on the back of the helmet and the front edge, but the shell is not cracked and the paint is not coming off. It shows age and is a little dirty, but I did not try cleaning it. I will leave that to it's next caretaker. I was able to find two similar helmets online, one was painted red and the other was white like this, but did not have the USAF decal on it.

This is a really cool rare helmet to add to your collection. This item is in the category "Collectibles\Transportation\Aviation\Military Aircraft\Other Military Aircraft Items". The seller is "wdw4av8" and is located in this country: US.