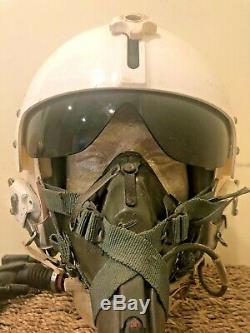 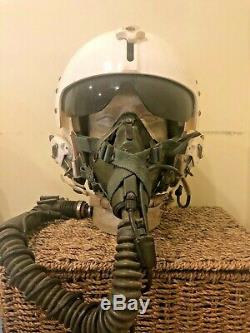 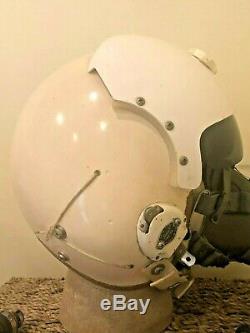 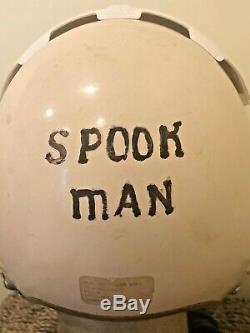 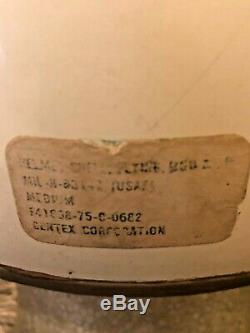 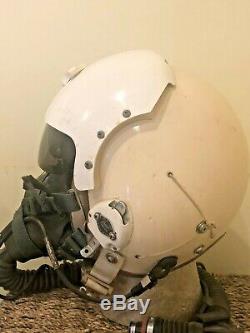 The confusion surrounding the Navy PRK-37 shell is well-documented, but another cloud of confusion surrounds the USAF HGU-22/P helmet shell. The only difference is that many aren't even aware they are confused-- most collectors just refer to the single visor variant as the "22/P" and the dual visor helmet as the "26/P". Let's look at what USAF Technical Order 14P3-4-112 says, however: This technical manual describes the HGU-2A/P and the HGU-26/P Helmet Assemblies comprised of a basic helmet shell Type HGU-22/P..... All references hereafter will be referred to as the HGU-22/P shell in lieu of complete HGU-2A and HGU-26/P assemblies.

In a nutshell, we can thank the USAF for most of the prevailing confusion! This tells us that the single visor (HGU-2A/P) and dual visor (HGU-26/P) helmets use the same basic shell: the HGU-22/P, also sometimes referred to as. This was delivered with chin and napestraps, but without any comm. The original issue date of the T. Was 1 May 1970, but an earlier T.

Must have covered the HGU-2/A because Air Force Manual 64-4 dated 30 March 1964 shows a picture of the HGU-2/A with a single visor housing bearing the divided wing decal, six-lobe lock knob, and plastic friction strips along the lock knob track where the HGU-2/P had riveted silver metal ones. This also means that the HGU-2A/P was in use during the Vietnam War, although there were also many HGU-2/P helmets in use there as well. The HGU-2A/P is described therein as an approved version of the HGU-2/P. The HGU-2A/P contains improved fitting pads, adjustable nape strap, ventilation provisions, reduced weight, improved finish [the finish of the HGU-2/P as delivered by Consolidated was so poor that this was faint praise indeed], new and improved headset, improved visor assembly and simplified maintenance.

The "improved headset" was a mixed bag. The MX-2088 earcups in the HGU-2/P were an improvement over the. H-75 assembly in the P-4 helmets, but still fell short of effective noise attenuation and comfort.

The solution was the H-154 headset which was installed by screwing the spring-arm mounted earcups into the helmet shell. This was the last attempt to use springloaded devices, in the spirit of the H-75 "tophat" variety seen in the P-4, MB-4, and APH-5 helmets. The AFM-64-4 even mentions that this may be installed in the HGU-2/P (replacing the laced-in MX-2088) but I have not seen an example of this.

This certainly doesn't mean it didn't happen-- one can find exceptions to every "normal" setup imaginable! The earcup shape and size are almost identical to the earcups used on the HGU-7/P, and this entire arrangement would have been a howling success if only everyone's ears were installed the same distance from the front of the head. Alas, this is not the case, hence the H-154A which uses string, Velcro, and foam pads to give more freedom of placement, and is still in use today. The most easily noticed feature delineating the HGU-2A/P single visor helmet and the HGU-26/P dual visor helmet are the visor assemblies, but this T. Even shows and describes installation for the ramshorn version of the dual visor assembly originally used by the Navy.

For those of you who are detail-oriented, this manual approves the use of the one-piece and the three-piece ramshorns. Why use Navy gear rather than wait on the availability of the side-actuated PRU-36 assembly? The Air Force documented several birdstrike incidents in which aircraft were lost because the flight crew was thus was blinded. Also, night missions required a clear lens. Does not describe the removal of the Navy "wings of gold" decal, but one can rest assured that was accomplished before any blue-suiter was issued a ramshorn-equipped helmet!

Air Force veterans have told me that when wearing a dual visor helmet, it was required that at least one visor be down at all times. An interesting fact is that the PRU-36 side-actuated dual visor assembly is not always a combination of clear and neutral density lenses-- I have an assembly with a clear lens and a serial-numbered laser protective lens.

The original versions of these helmets used single-slot bayonets for the MBU-5/P oxygen mask. This tended to let the mask slip down too much in high-G maneuvers, however, so the AFM 64-4 shows T-bayonets in the "experimental" section. The dual-slot bayonet also enabled the upper and lower areas of the mask to be independently adjusted, thus a better and more comfortable fit. From the date of the change in the T. It appears that offset ("J") bayonets made their debut in 1982, but it is difficult to state anything conclusively in these matters, as there can be years of testing and partial procurements before something goes from being developmental to "standard".

Another little-known option for the HGU-2A/P and HGU-26/P helmets was the HGU-17/P foam liner that replaced the fitting pads. This liner was almost identical to that used in the HGU-9/P and the HGU-16/P helmets. It was quicker, easier, and cheaper than the custom-poured styrene liners, but imagine sitting in an open cockpit in Southeast Asia with the canopy open and your head surrounded by nylon-covered foam rubber! So how can a collector identify an early single-visor HGU-2/A from later ones?